About 20 years ago, traditional American cuisine began to creep into Italian gastronomy by means of brunch — or, as the Italians pronounce it, broonch. I’m not sure how it happened (although I have my suspicions) but what began as a small and highly localized movement of brunch offerings in Milan in the late 1990s swiftly expanded to a veritable trend across the country.

By the early 2000s, all the cool kids had their favorite broonch spots. Of course, Italy being Italy, beyond the classic American bacon and eggs on offer, there were all kinds of culinary delights that we would never see at a brunch buffet in the U.S. It was a lot of fun, I must say.

Later came the hamburger fad. Today, across Italy, Italians are hamburger crazy! They even have amburgherie (ahm-bur-gheh-REE’eh, plural of amburgheria), restaurants specialized in creative hamburgers, although a far cry from the “hamburger huts” and counters still found in America.

Next came the bacon craze and the bacon and egg craze. Bacon is the exact same thing as pancetta but it’s sliced in the American style. When I first studied in Italy in the late 1980s, you’d never see bacon. Today, it’s everywhere in Italy. It started as an offshoot of the burger craze. After all, what kind of proper burger doesn’t have bacon on it? But it’s here to stay. And it’s not uncommon to see “bacon and eggs” (scrambled) as a typical menu offering — and not just in the big cities anymore.

That brings me to the club sandwich. See the exemplar above. The club in Italy is made just like the club in America but with one big difference: The quality of the ingredients — including the bacon — is a lot higher that what you would find in an American diner. The roast turkey, the ham, the tomato (o my god, the tomato!), the lettuce, the bread… they’re all made with that classic Italian focus on the quality of the materia prima. And the mayonnaise… (insert another “o my god”). Have you ever tasted handmade mayonnaise? It will ruin you for life. O and they also like to put hard-boiled eggs on their club. Just look at the color of that yolk in the photo above!

So during the very hot and long American summer, when I could even go to Italy if I had the dough (sorry for the pun), I’m dreaming of an Italian club sandwich.

What do you miss about Italy? 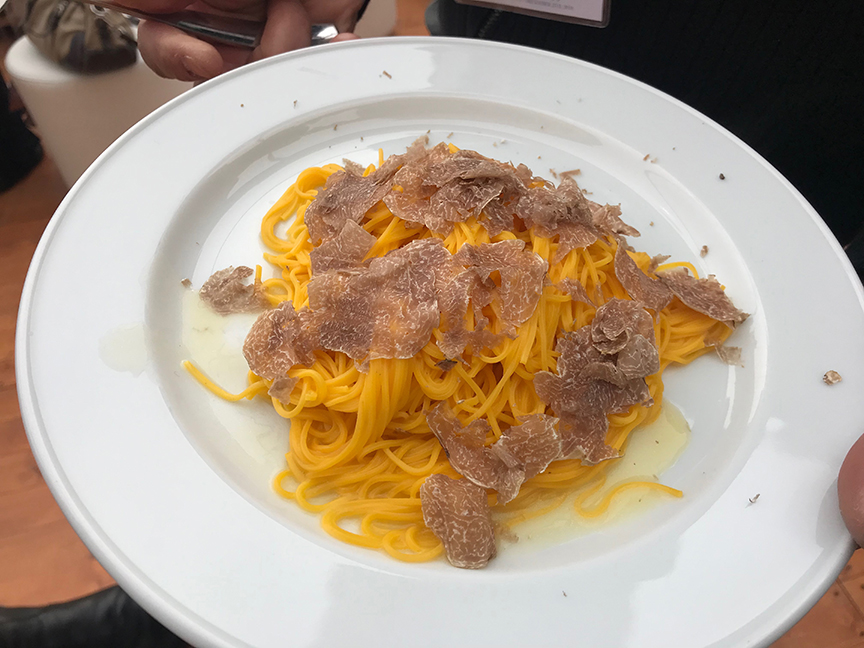 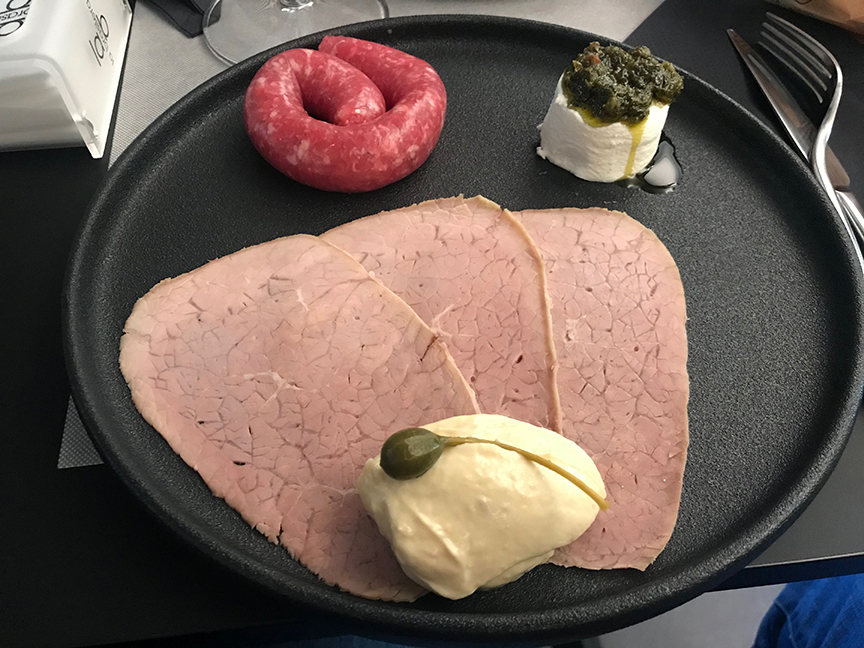